Today, stretch hood technology is one of the most advanced and effective for packing and protecting heavy loads. In European countries, it has been used for about 30 years, but for the domestic market it is a relatively new method that is becoming more widespread.

The name of the technology literally translates as "stretch cover". The principle of this type of packaging is that an elastic stretchable plastic film sleeve is put on the cargo. The process is as follows: 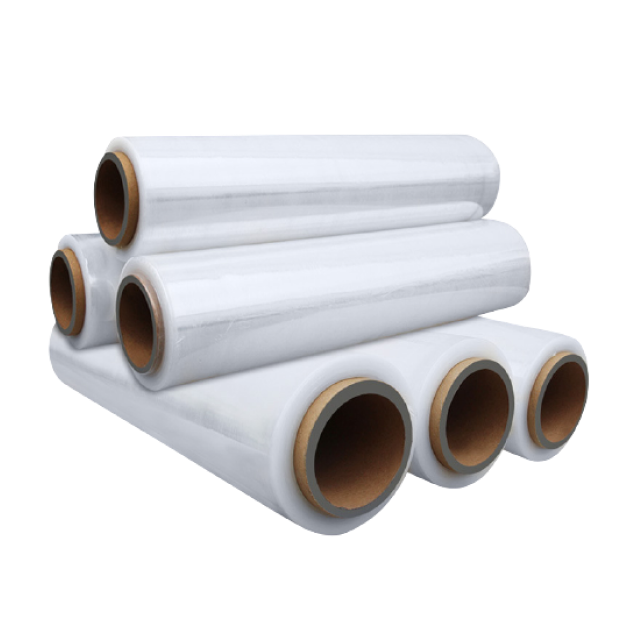 Stretch hood film allows you to significantly optimize the packaging process, since this technology does not require the use of gas and gas burners, as a result, the installation of expensive and energy-intensive equipment, for example, heat shrink chambers, etc. is excluded.

Automatic measurement of the dimensions of the cargo significantly reduces material consumption, which increases the efficiency and profitability of production,as well as the overall tightness and tightness of the package.

Sending an application for ordering products
Fill out and submit a product order form and our employees will contact you as soon as possible.
Contact by phone with a personal manager
A personal manager is assigned to you, who will accompany the process of creation, production and delivery of your order.
Products from the manufacturer loyal prices
Depending on your requirements, a preliminary order will be formed and samples for testing will be made.
Analysis of customer requirements and ordering
Product samples are delivered to you and tested on your packaging equipment to verify compliance.
Signing a cooperation agreement
After successful testing of samples, we sign a cooperation agreement and your order goes into production in the specified volume.
Manufacturing and delivery of customer orders
As soon as the batch of packaging products is produced, your order will be delivered to your production / warehouse in a way convenient for you.
Minimum order

The price of the order is calculated individually, depending on your requirements to the final product of your order.

1 ton
The price of the order is calculated individually, depending on your requirements to the final product of your order.